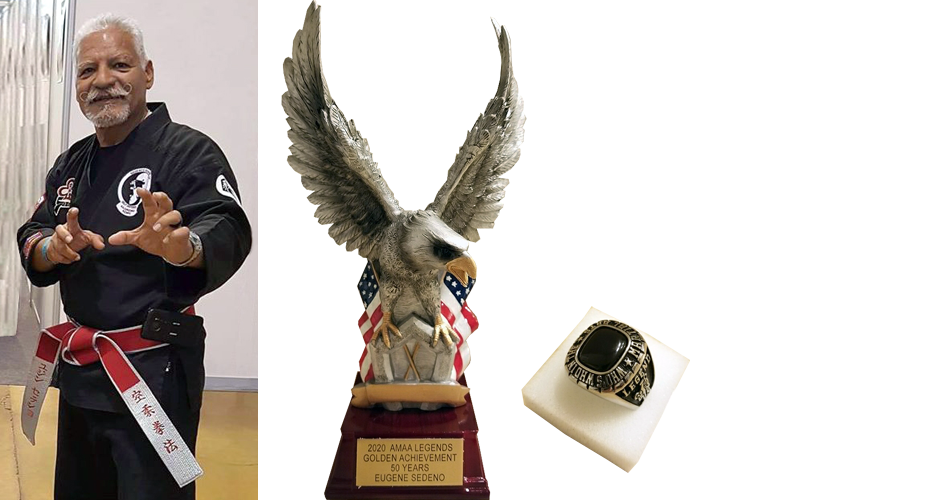 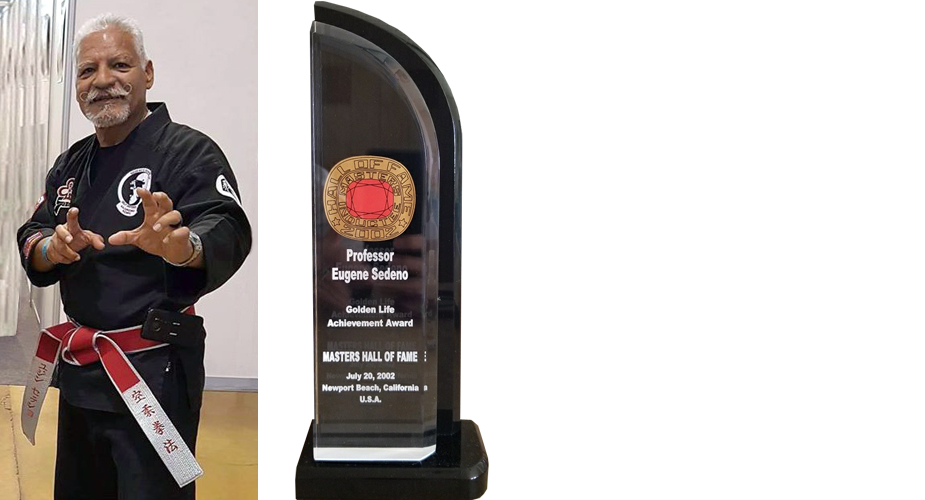 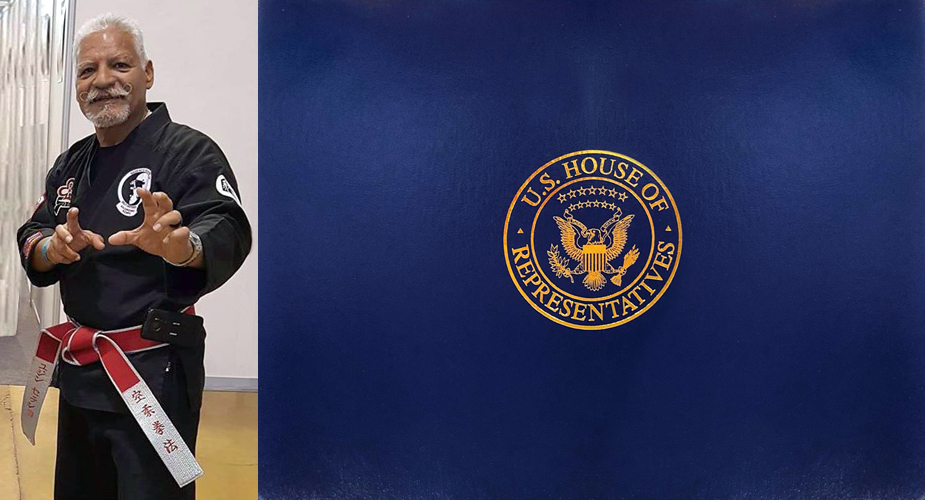 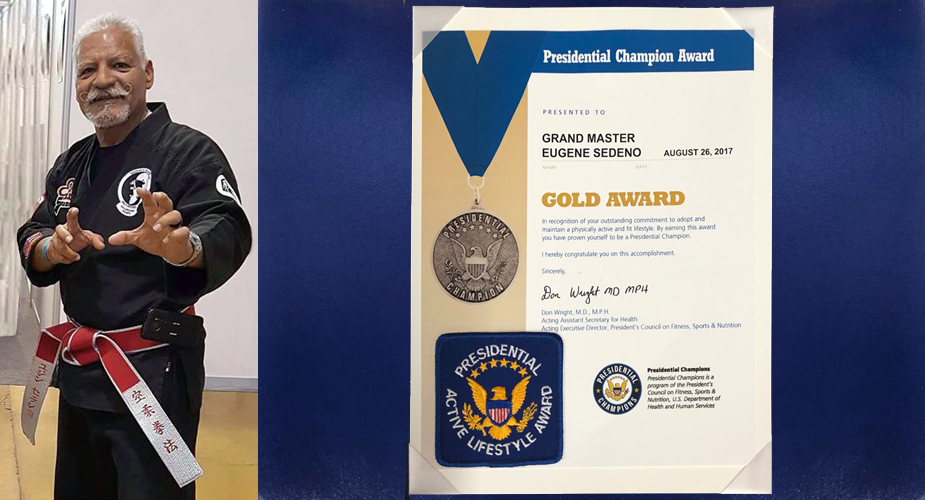 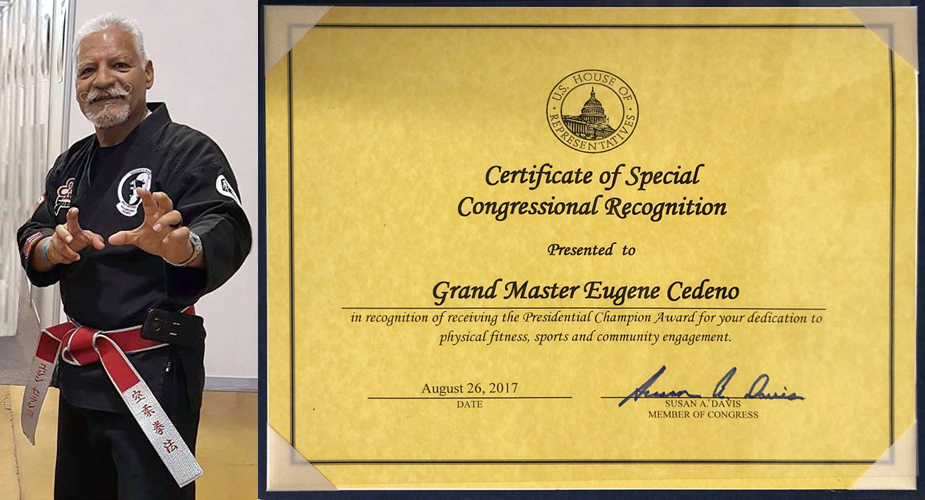 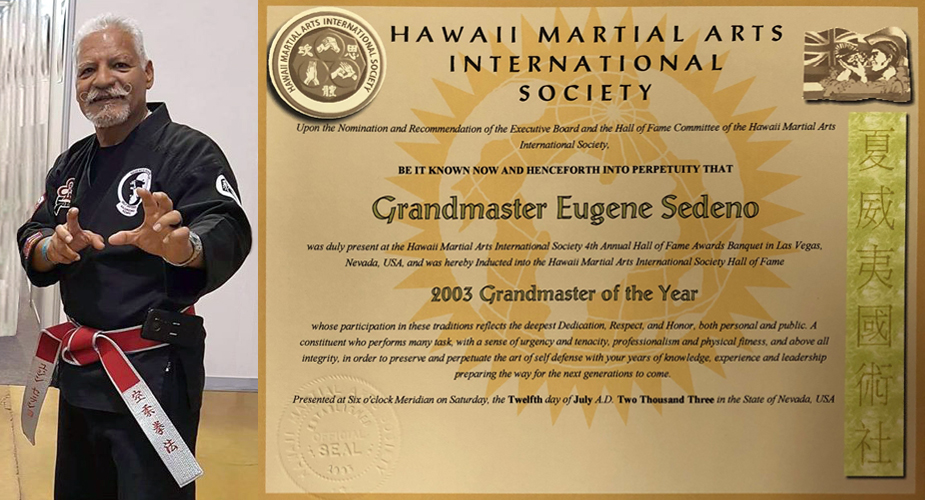 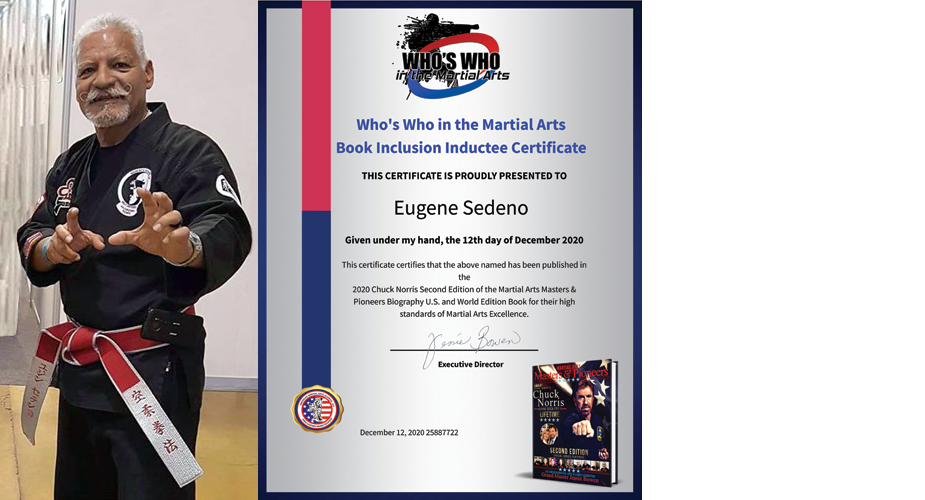 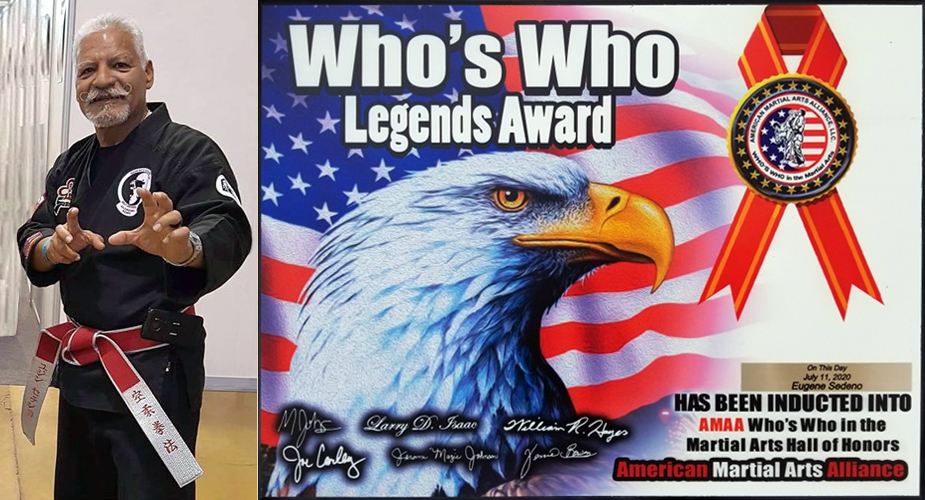 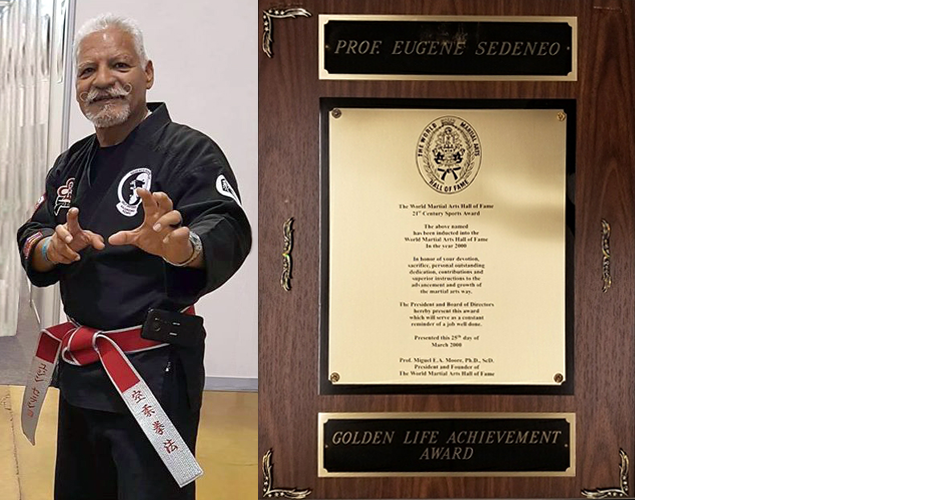 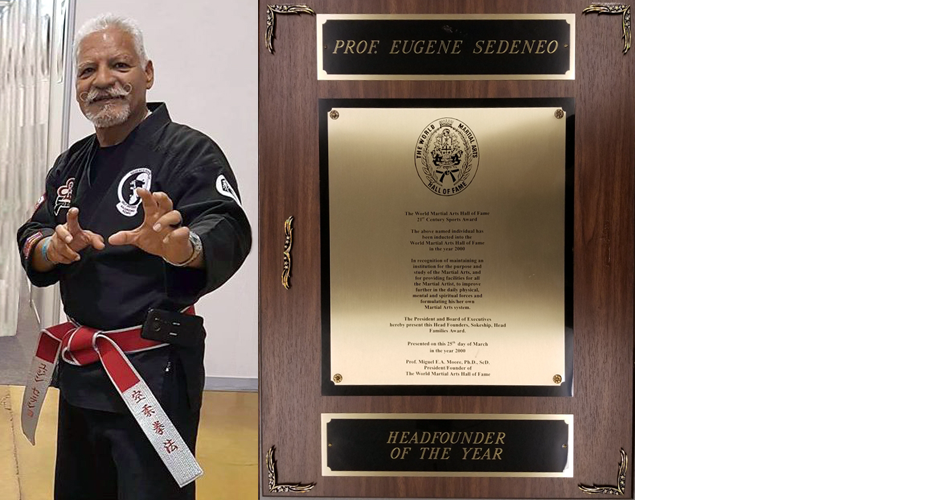 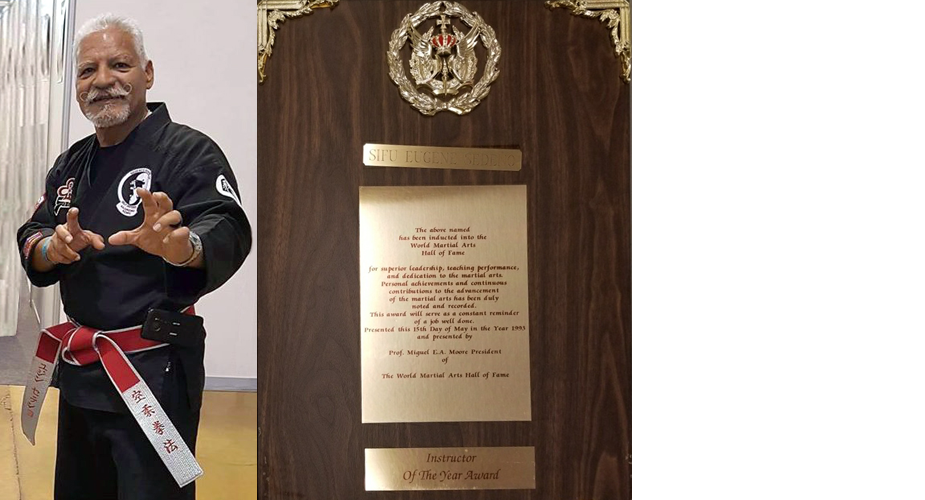 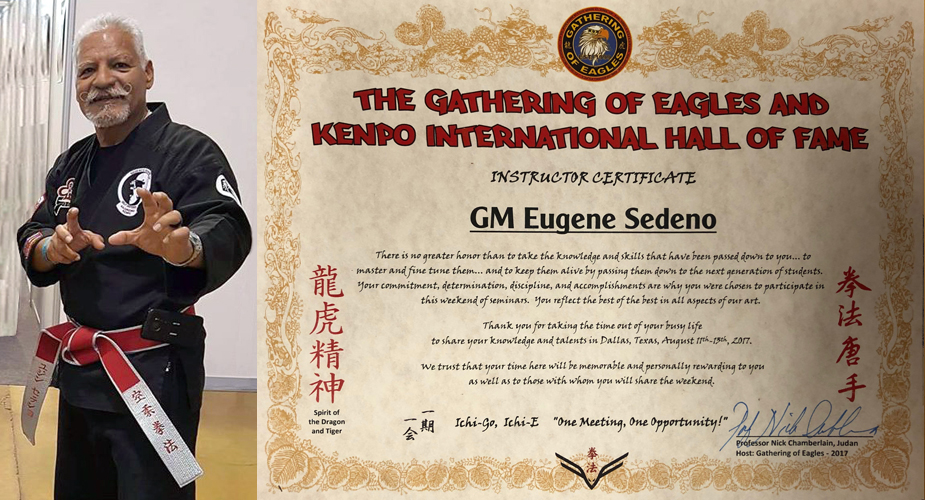 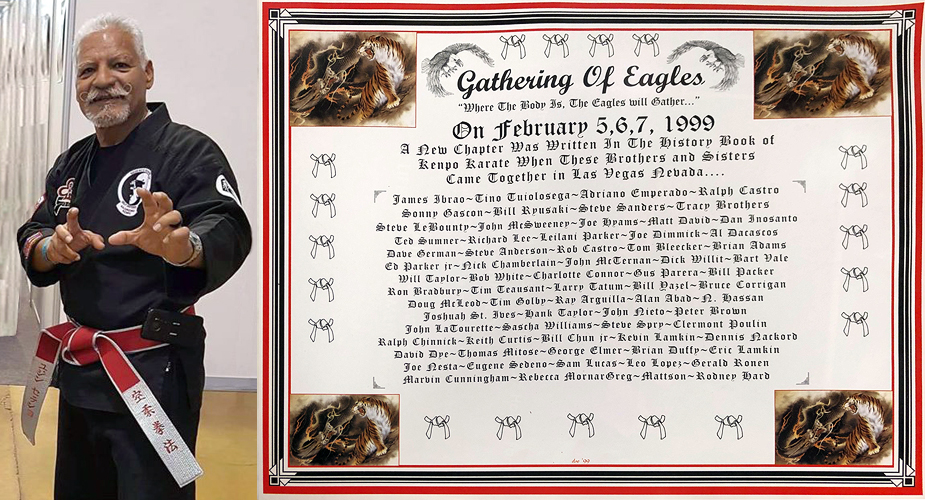 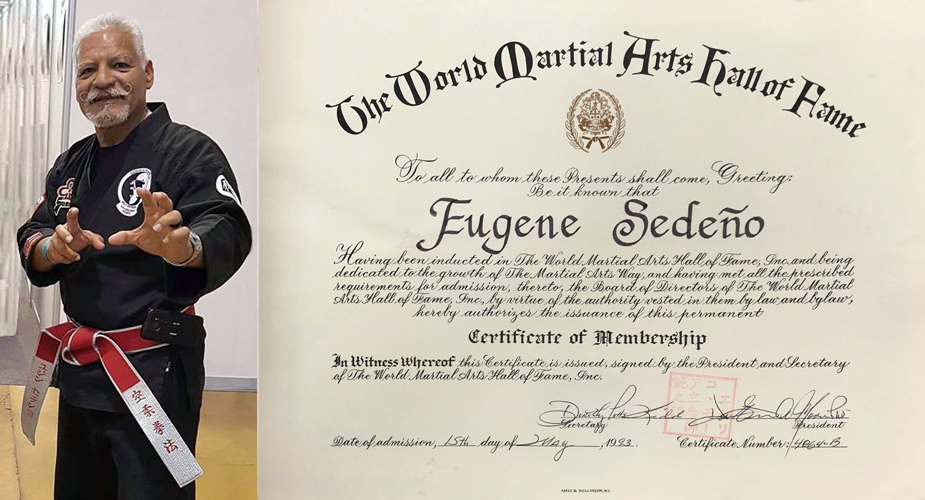 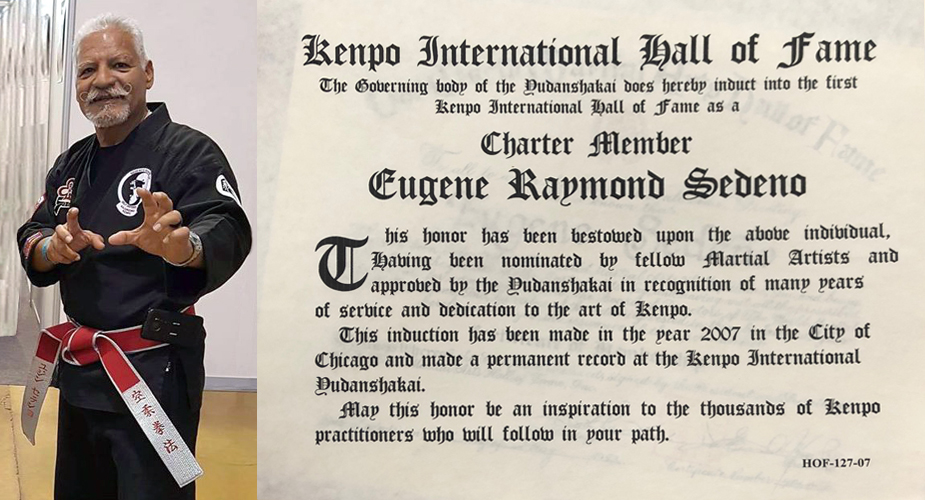 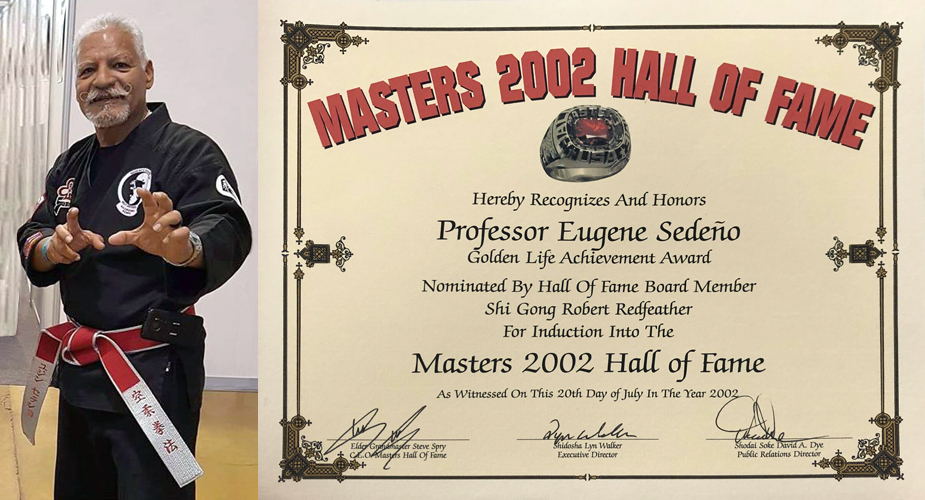 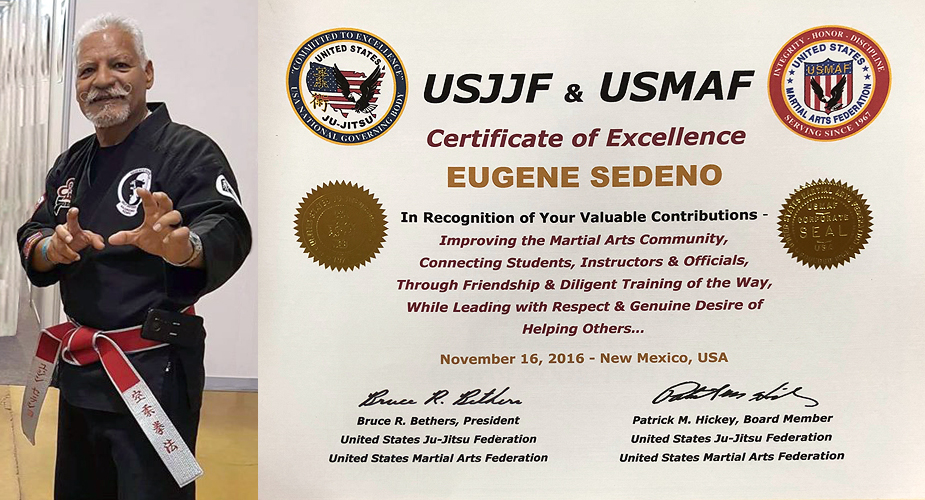 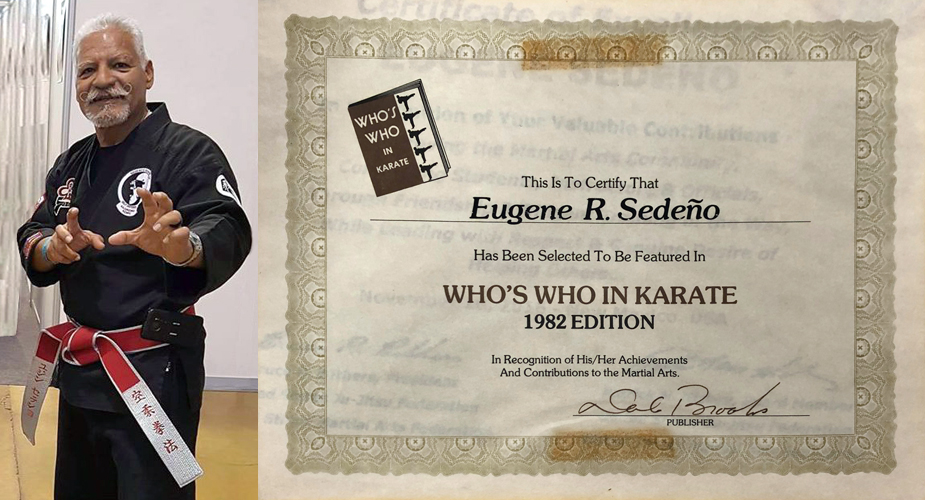 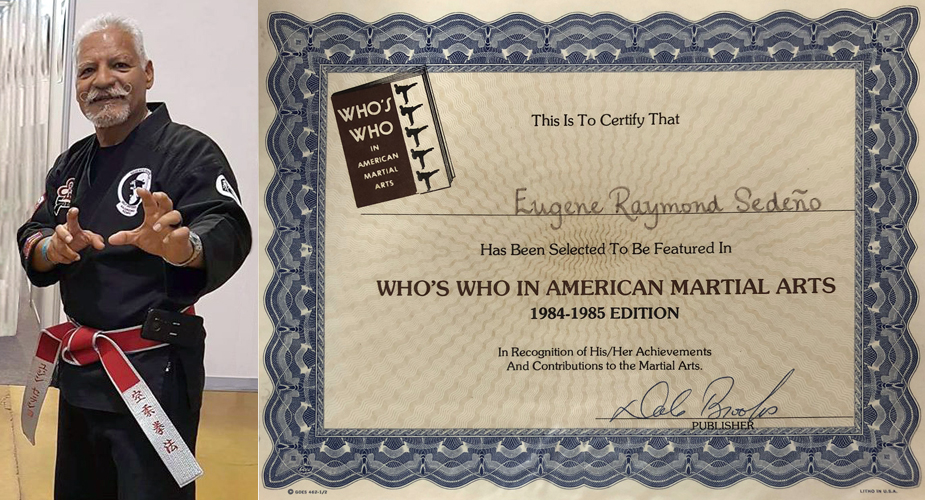 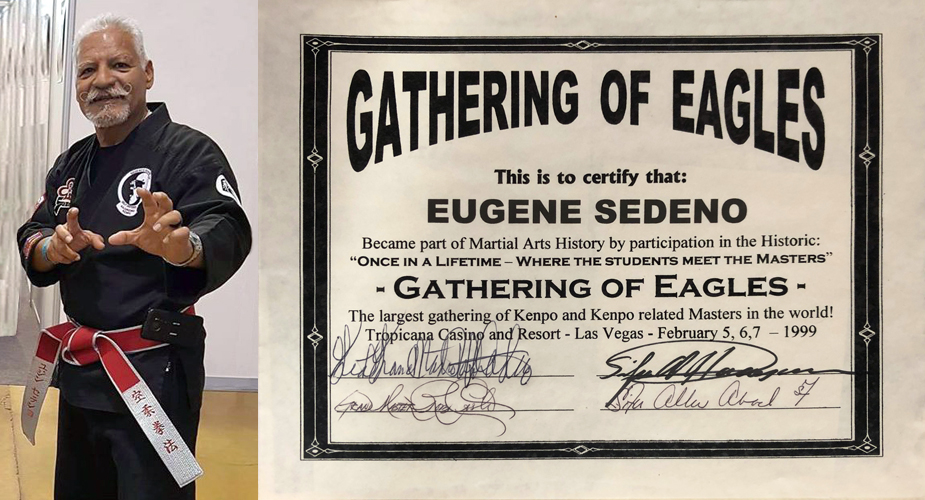 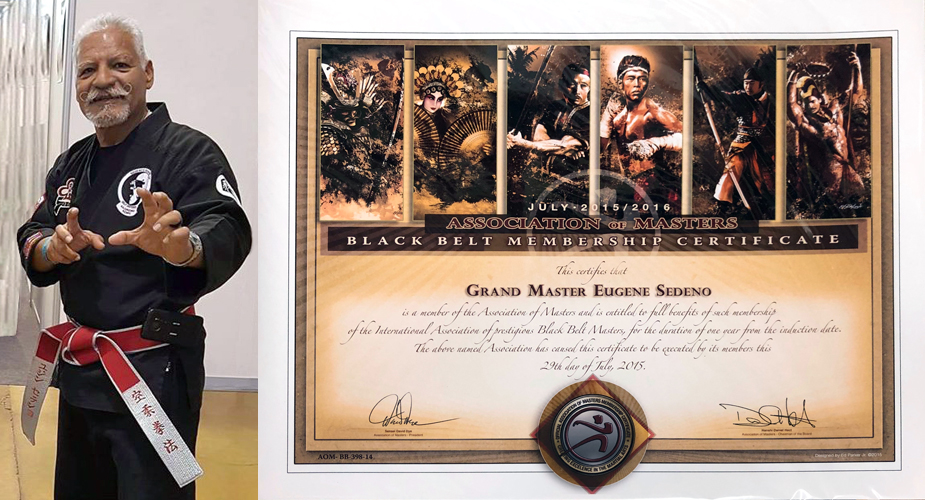 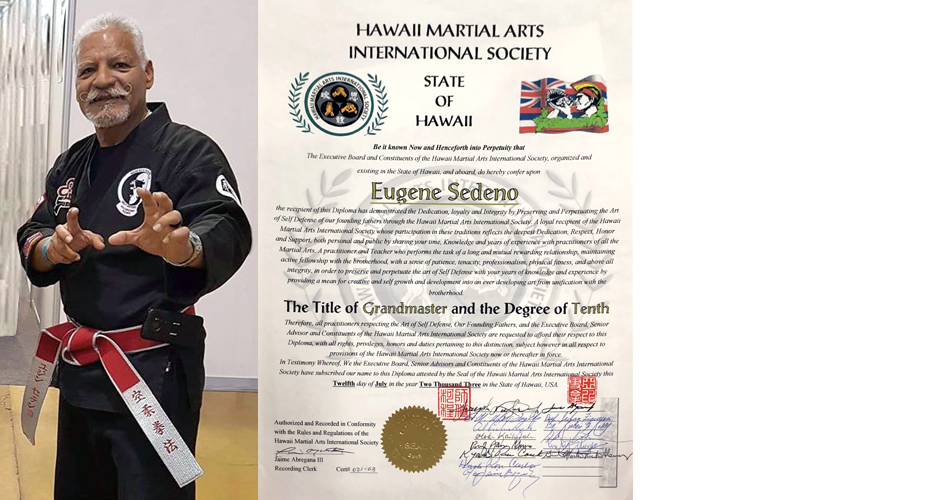 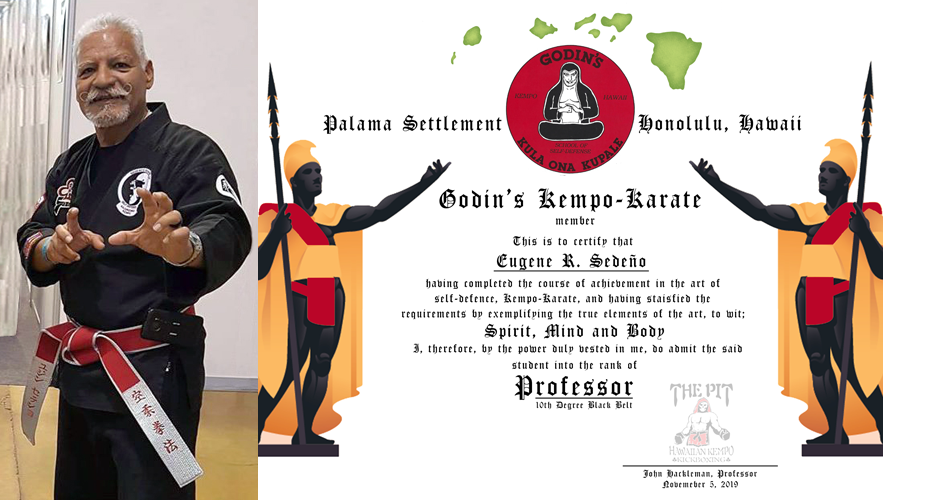 GM Sedeño started boxing and Judo with Mr. Raymond Yee at the age of ten in Kalihi Valley, Oahu.  At the age of 12 when he moved to Kaimuki he started in Kajukenbo with Professor Walter Leo Niakala Godin a black belt of Sijo Emperado.

Eugene stayed with him and his assistant Mr. Tony Cambra until he moved to Waianae in 1967.  In Waianae he started training with Mr. John Makepa and Brother Abe Kamahoahoa, students of Professor William Kwai Sun Chow.  While in high school he met Professor Rick Alemany in Waianae. He has been teaching with and for him ever since.

Eugene received his first Black belt from Grand Master Brother Abe Kamahoahoa in Waianae, Hawaii in 1970. He also received a Black Belt from Professor Walter L. N. Godin with an extra certificate from his school at the Palama Settlement.

In 1980, he won the Chinese Martial Arts Association’s and the International Kung Fu Association’s Competitor of the Year Awards.  His last major win, prior to retiring from competition, was at the 1984 International Karate Championships, where he took first place in the Masters/Instructor Division in Kenpo Kata.  Eugene was also a private student of Edmund K. Parker and was promoted by him on November 20, 1980 to the rank of 5thdegree Black Belt.

On May 7,1999, the Great Grand Master Ralph Castro promoted him to the rank of 7th degree Black Belt with the title of Professor in the International Shaolin Kenpo Association.

On August 18, 2005 he was promoted to the rank of 9th degree Black Belt, with the title of Grand Master, in Shaolin Kenpo by Senior Grand Master Rick Alemany.

On June 17, 1996 he was promoted by the International Okinawa Kobudo Association, USA to the rank of Sandan by Shihan Mikio Nishiuchi of Kochi, Japan.

On June 12, 2007 he was promoted to 9th degree Red Belt with Silver Trim and with the title of Grand Master by Sijo Adriano D. Emperado in the Kajukenbo system.

I was also the last person promoted by Great Grand Master James Masayoshi Mitose, before his death twelve days later, to the rank of Master on March 15, 1981.

He has been teaching since 1969, and currently instructs at Sedeño’s School of Self Defense in Albuquerque, NM.

Some of My Martial Arts Achievements:

1987 Recognized in Who’s Who in American Martial Arts

1984 Recognized in Knights of Heaven – Brotherhood of Martial Arts

1983 Recognized in Who’s Who in Karate

1981 Recognized in James M. Mitoses book “What is True Self-Defense”